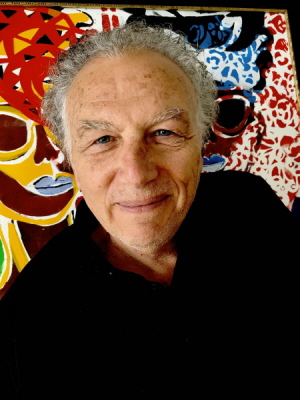 Danny Antonelli was born in Trieste, Italy. His mother worked for the Ministry of Foreign Affairs of the Italian Government and his father was an American soldier. At the age of five he went with his mother to Los Angeles, California, where he spent the remainder of his childhood. He attended Beverly Hills Catholic School (Good Shepherd), and Beverly Hills High School, before moving to Africa. In Nairobi, Kenya, he attended St. Marys School, fell in love with Shakespeare and The Beatles and, despite his American accent, placed second in an elocution competition with his recitation of Cynara. His first 45 rpm single Year of Discontent was released on the Equator International label

Afterwards he went to New Delhi, India, and his first book of poems conversations with my dog was published in Allahabad. Eventually he returned to Los Angeles where he earned a B.A. with honors in English at California State University, Northridge. Danny left the United States, by ship, spent two years in Lisbon, Portugal, where he had his first hit record, O Rapaz do Cubo Magico sung by Lara Li. In Hamburg, Germany, where he has lived ever since, he had his second hit record La Valle del Eden sung by Nino de Angelo.

He works as a professional lyricist for pop and rock/metal artists in Germany, and wrote the libretto for a chamber opera entitled diamond way which was performed in Dresden at the Kleine Szene of the Semperoper and at the Opera Kiel (in the original English-language version).

In 2008 Danny completed a documentary film entitled Living The Truth about the life and music of Bill Conti, the film music composer.

Currently he writes lyrics and songs in the country music genre and is the host of the radio program FREE WHEEL which is broadcast regularly on FSK in Hamburg, Radio Sthoerfunk in Schwäbisch Hall and Crailsheim as well as on other non-commercial radio stations in Germany.

Danny also does voice work for advertising campaigns and is a translator. He is a native speaker of English, speaks German, Italian and understands French, Spanish and Portuguese.